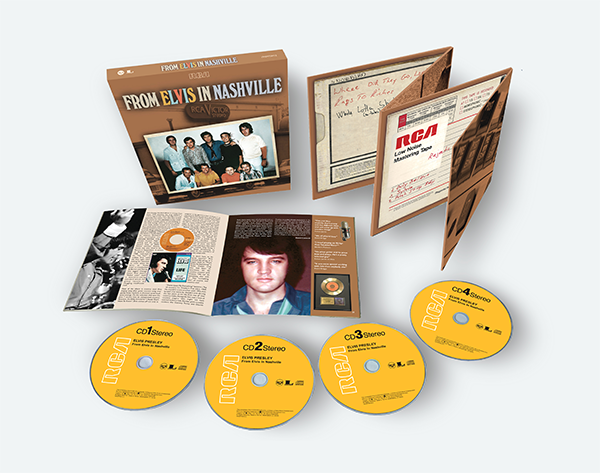 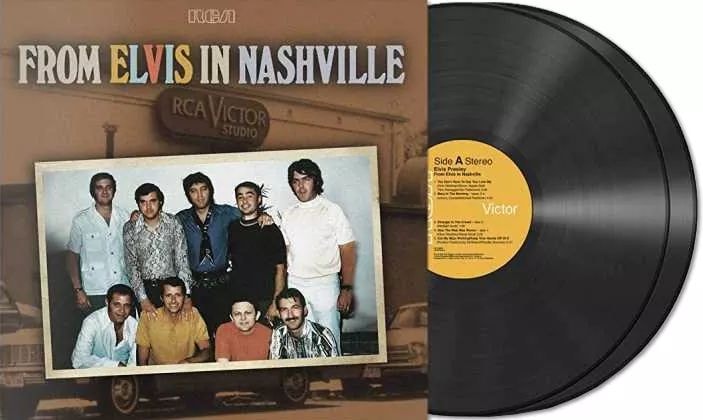 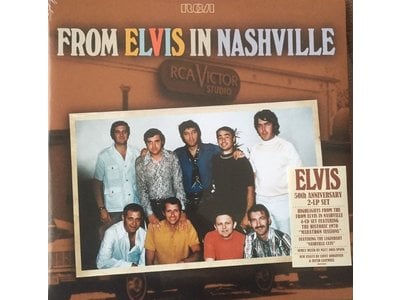 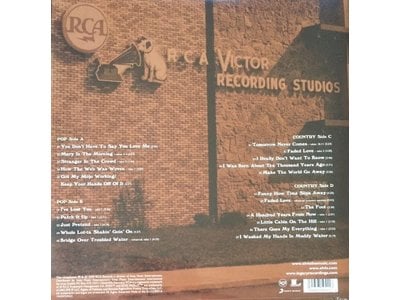 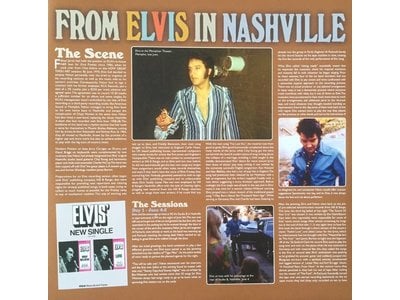 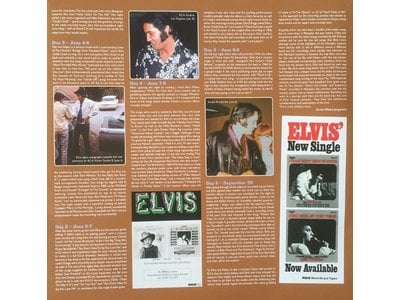 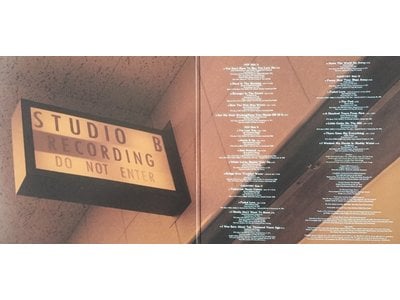 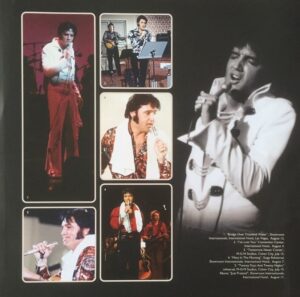 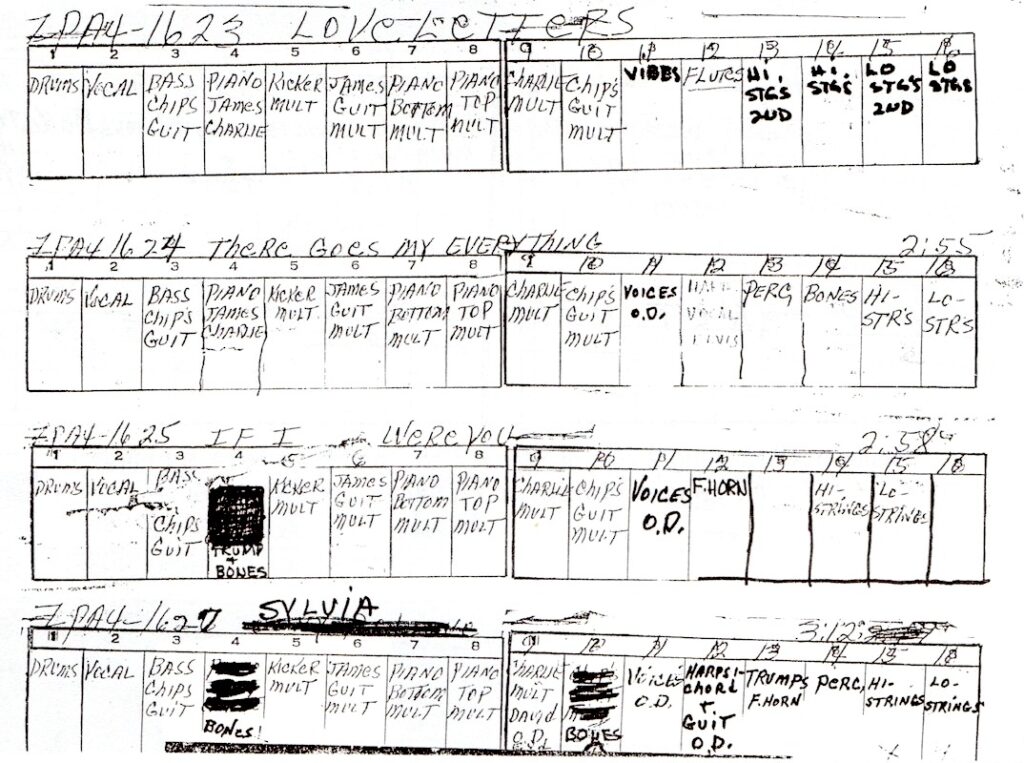 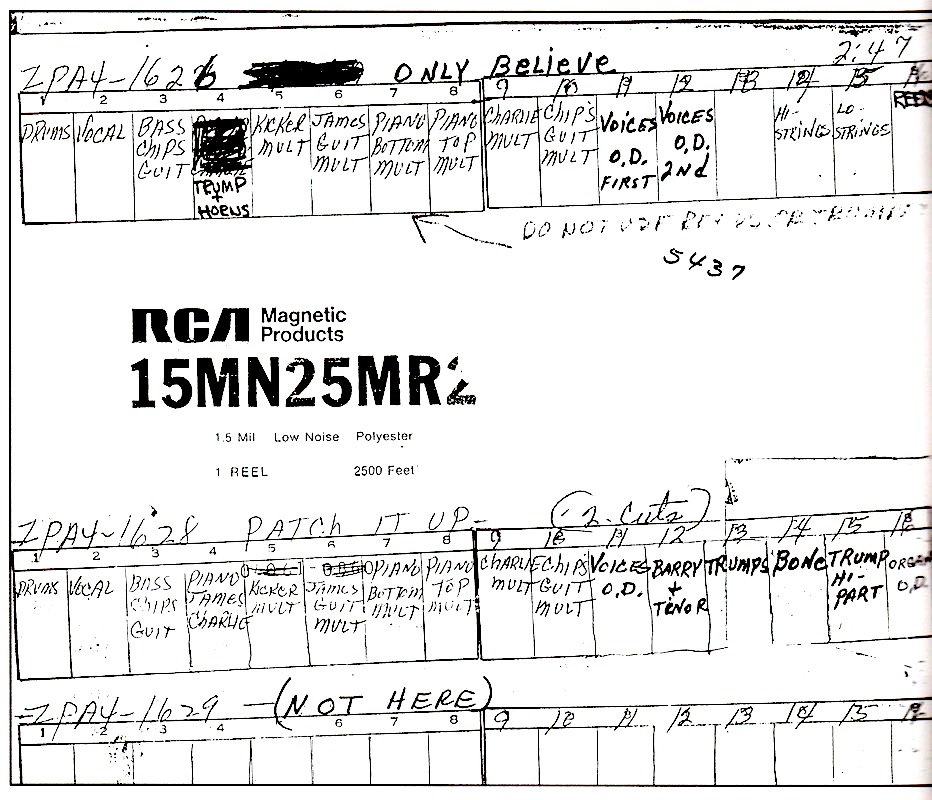 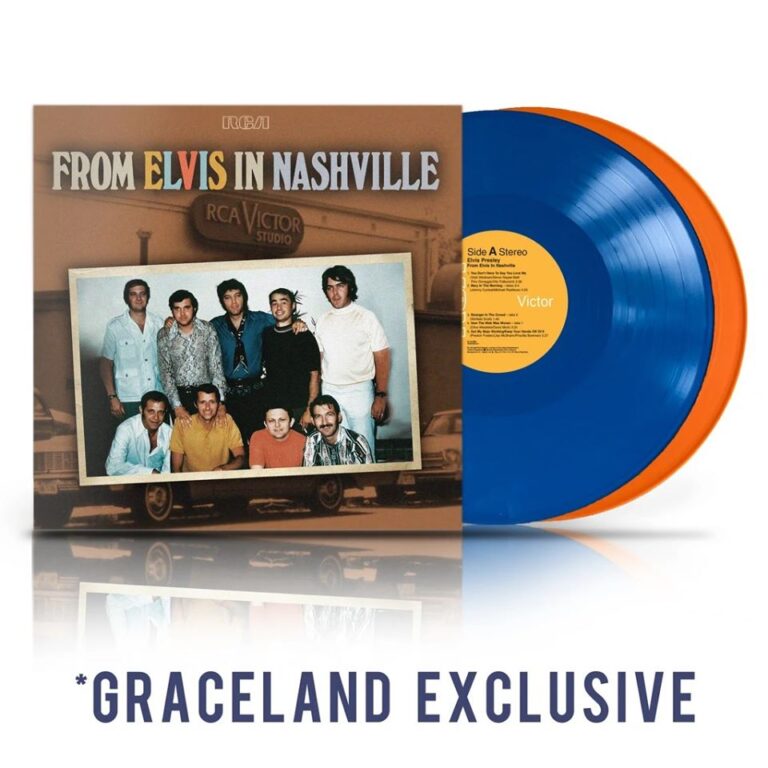 For November 2020 release, RCA/Legacy Recordings, a division of Sony Music Entertainment, is pleased to announce the forthcoming release of From Elvis In Nashville, a 4CD collection presenting the long-awaited definitive chronicle of Elvis Presley’s mythic 1970 marathon sessions with the ‘Nashville Cats’.

Recorded live in RCA’s Studio B in Nashville over the course of an epic five day/night run in June 1970 (with an additional session on September 22), Elvis’ performances from those sessions formed the core of three of his most successful studio album releases from the 1970s: Elvis: That’s the Way It Is, Elvis Country (I’m 10,000 Years Old) and Love Letters from Elvis.

Now, for the first time, the master recordings from the 1970 Studio B sessions may be enjoyed together as a single official Elvis album. On From Elvis In Nashville, Presley’s studio tracks from the 1970 marathon sessions are presented in pristine audio, newly mixed by acclaimed engineer Matt Ross-Spring (John Prine, Jason Isbell) without the added overdubs or orchestration appearing on earlier releases.

At the close of the 1960s, Elvis Presley, the atomic-powered singer of the 1950s, put his stamp on the rock revolution decade, reestablishing himself as a musical and cultural force to be reckoned with. His electrifying Elvis ’68 Comeback special made television history and his long-awaited return to non-soundtrack recordings- captured at Chip Moman’s American Sound Studio in Memphis, January-February 1969- yielded major chart hits including ‘In The Ghetto’, ‘Don’t Cry Daddy’, ‘Kentucky Rain’, and ‘Suspicious Minds’ (Elvis’ final #1 single) and well as a pair of acclaimed 1969 album releases, From Elvis In Memphis and the studio/concert hybrid From Memphis to Vegas/From Vegas to Memphis. From Elvis In Nashville serves as a mirror and companion to his earlier Memphis recordings, bringing fresh fire, exuberance, humor and emotional resonance to the Studio B sessions.

For his first recordings of the 1970s, Elvis revisited the blueprint that made his American Sound sessions so successful. Because he hated doing overdubs, he wanted to cut loose live in the studio with a band in sync with his sensibility. Freed from obligations to music publishers, Elvis was able to pick and record songs that were contemporary, relevant and meaningful to him, from covers- including his transcendent interpretation of ‘Bridge Over Trouble Water’ – to the epic material then powering his Las Vegas residencies and return to live performing. (In 1970 alone, Elvis performed two-month-long engagements at the International, playing two shows a night.)

If the American Sound recordings in Memphis opened the door for Elvis’ return to the stage and top of the charts, his next recordings- the fabled 1970 Marathon Sessions- would lay the groundwork for another revolution in pop music. Under the direction of producer Felton Jarvis, Elvis joined forces with one of the most potent studio ensembles ever assembled to create an often underrated chapter in Presley’s rich legacy. Working with the fabled ‘Nashville Cats’ for his first album of 1970, Elvis Presley connected to a circle of contemporary musicians that included Johnny Cash, Bob Dylan, Neil Young, George Harrison and others.

In June 1970, Elvis- who’d upended country music radio in the 1950s when he introduced rock ‘n’ roll music to the mainstream–returned to RCA Studio B to create a new sound for a new decade. From 1958-1971, Elvis recorded more than 200 tracks at Studio B, beginning with five songs- including ‘A Fool Such As I’ – before shipping off to Germany with the US Army in September 1958; he recorded Elvis Is Back!, his first post-army album, at Studio B in March-April 1960. For his 1970 Nashville sessions, Elvis was able to handpick his own repertoire and, delve into the rich variety of American music in his marrow, combining elements of bluegrass, honky tonk, Western swing and the rockabilly he’d virtually invented with contemporary pop, ballads and epic showstoppers. Bringing a fresh and vital new approach to pop and country music, Elvis’ performances on From Elvis In Nashville presaged and encompassed emerging trends from countrypolitan and Americana to outlaw country.

The five-day ‘marathon’ sessions—with work starting in the early evening and continuing until dawn- yielded a wide variety of material including a spirited rendition of Willie Nelson’s ‘Funny How Time Slips Away’, the heartrending ‘I’ve Lost You’, a powerful take on Simon & Garfunkel’s ‘Bridge Over Troubled Water’, and a new version of ‘Love Letters’, which Presley first cut in 1966. A wild, single-take version of ‘Whole Lotta Shakin’ Goin’ On’ was one of the highlights of the September 22 single day session.

The music Elvis created in his 1970 ‘marathon sessions’ – presented here without layers of overdubbing heard on the original releases- stands among Presley’s best and has proven immensely influential. It established musical directions he pursued the rest of his career, predicted his late-in-life pop- and-country radio successes, and modeled sounds for countless country stars to come. From Elvis In Nashville provides an intimate glimpse into the world of Elvis and the way he made music that lasts forever.