Klik for at se i stor format, samt for flere noter.

You wonder sometimes just who is controlling Elvis’ career. In the middle of a typical movie soundtrack album, Spinout, you come across not only a raunchy “Down in the Alley” but the interpretation by which Bob Dylan would most like to be known. “Tomorrow is a Long Time.” In a bland follow-up to his dynamic Memphis album, Back in Memphis, you find a brilliant and impassioned treatment of the Percy Mayfield blues, “Stranger in My Own Home Town.” And now at a time when it seemed as if his career must sink beneath the accumulated weight of saccharine ballads and those sad imitations of his own imitators. Elvis Presley has come out with a record which gives us some of the very finest and most affecting music since he first recorded for Sun almost 17 years ago.

Elvis Country is, obviously, a return to roots. If nothing else the album cover, with its picture of a quizzical Depression baby flanked by grim unsmiling parents, would tell you so. Its subtitle, too, “I’m 10,000 Years Old” — taken from a song which weaves mystifyingly all through the record, fading in and out after every cut — should give a clue to its intent. And the selection of material, its manner and presentation, from the Bill Monroe tune which echoes “Blue Moon of Kentucky,” the very first Sun release, to the Willie Nelson and Bob Wills blues, is a far cry from the slick country-politan which Elvis has been leaning on so heavily lately in his singles releases.

But it’s the singing, the passion and engagement most of all which mark this album as something truly exceptional, not just an exercise in nostalgia but an ongoing chapter in a history which Elvis’ music set in motion. All the familiar virtues are there. The intensity. The throbbing voice. The sense of dynamics. That peculiar combination of hypertension and soul. There is even, for those who care to recall, a frenzied recollection of what the rock era once was, as Elvis takes on Jerry Lee Lewis’ masterful “Whole Lotta Shakin'” and comes out relatively unscathed. He has never sung better.

But the core of the album, and perhaps the core of Elvis’ music itself, are the soulful gospel-flavored ballads, “Tomorrow Never Comes,” “Funny (How Time Slips Away),” and the Eddie Arnold-Solomon classic, “I Really Don’t Want to Know.” Well, it’s often seemed as if Elvis bore more than a passing resemblance to Solomon Burke. The way in which he uses his voice, his dramatic exploitation of vocal contrast, the alternate intensity and effortless nonchalance of his approach all put one in mind of a singer who passed this way before, only going the other way. And here he uses these qualities to create a music which, while undeniably country, puts him in touch more directly with the soul singer than with traditional country music. It was his dramatic extravagance in fact which set him apart from the beginning, and it is to this perhaps as much as anything else — to the very theatrics which Carl Perkins and Jerry Lee Lewis and Elvis all brought to hillbilly music — that we can trace the emergence of rock & roll.

There’s not much to reproach about the album. Except for “Snowbird,” an unaccountable choice to open this album or any other, the choice of material is unexceptionable. It does continue, it’s true, a puzzling fascination with Eddie Arnold’s songs, but these, too, are invested with Elvis’ own particular brand of passion, and even “Make the World Go Away” becomes by transformation a kind of urgent plea. The production is fine and a big improvement on recent records. Instrumentation is perfect, from driving bass and rocking gospel-flavored piano to more traditional fiddle, harmonica, and dobro. On a good many of the songs there’s the tasteful suggestion of strings and horns and a chorus appears on about half, but we really haven’t heard so much of Elvis in a long, long time, and certainly the element of playfulness in his voice, the degree to which he is willing to take risks is something that has been absent since the very earliest days. There remains only the mystery of the album’s theme and the song which gives it its title. Even that is not so much of a drawback as a puzzlement, though, since the song — fragmented as it is- gives promise of being one of his more exciting revival-styled numbers. If only it were put together again.

Well, I don’t know what, really, this promises for the future. Elvis has never been exactly noted for his taste. Unlike Jerry Lee Lewis, say, who seems to possess a sure instinct for sticking to exactly what he is good at, Elvis has shown a distressing inability over the years to distinguish his strengths from his weaknesses. What is so encouraging about the album, of course, is its indication that he has not altogether laid waste to his talents, merely squandered them on efforts not worthy of his energy. The energy is still there, though, that much is certain. And if Elvis can only be persuaded to put out an album of blues now, too, we’ll have in capsule a picture of the genesis of rock & roll and what first went into the make-up of one of its few authentic geniuses, this brilliant and altogether original performer. 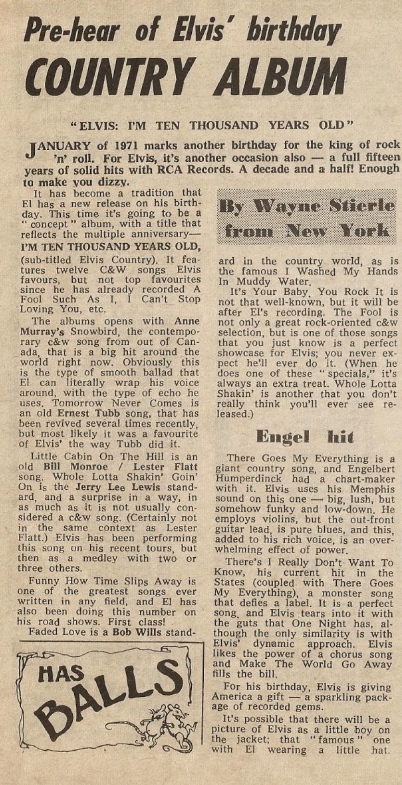 Klik for at se i stor format. 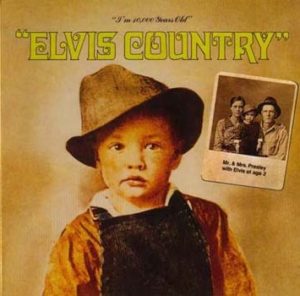 CD 1
The original album
Snowbird
Tomorrow Never Comes
Little Cabin On The Hill
Whole Lot-ta Shakin’ Goin’ On
Funny How Time Slips Away
I Really Don’t Want To Know
There Goes My Everything
It’s Your Baby, You Rock It
The Fool
Faded Love
I Washed My Hands In Muddy Water
Make The World Go Away
Bonus songs
I Was Born About Ten Thousand Years Ago
Where Did They Go, Lord
The country jam
Faded Love (Country Version)
The Fool (Take 1)
A Hundred Years From Now (Takes 1 & 2)
Little Cabin On The Hill (Take 1)
Alternate masters
It’s Your Baby, You Rock It (Take 3)
Faded Love (Take 3)
First takes
Tomorrow Never Comes (Take 1)
Tomorrow Never Comes (Take 2)
Snowbird (Rehearsal & take 1)
Where Did They Go, Lord (Take 1) 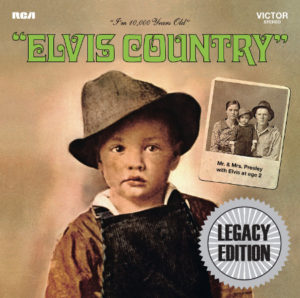 CD 1
“Elvis Country” original album
Snowbird
Tomorrow Never Comes
Little Cabin On The Hill
Whole Lot-ta Shakin’ Goin’ On
Funny How Time Slips Away
I Really Don’t Want To Know
There Goes My Everything
It’s Your Baby, You Rock It
The Fool
Faded Love
I Washed My Hands In Muddy Water
Make The World Go Away
Bonus tracks
I Was Born About Ten Thousand Years Ago
A Hundred Years From Now (Studio jam)
Where Did They Go, Lord

CD 2
“Love Letters From Elvis” original album
Love Letters
When I’m Over You
If I Were You
Got My Mojo Working/Keep Your Hands Off Of It
Heart Of Rome
Only Believe
This Is Our Dance
Cindy, Cindy
I’ll Never Know
It Ain’t No Big Thing (But It’s Growing)
Life
Bonus tracks
The Sound Of Your Cry
Sylvia
Rags To Riches 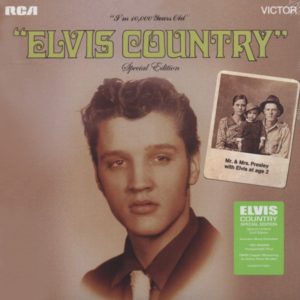 Side 3
I Didn’t Make It On Playing Guitar (Studio jam)
Where Did They Go, Lord (Take 1)
The Fool (Take 1)
Faded Love (Country version)
Little Cabin On The Hill (Take 1)
A Hundred Years From Now (Take 2)
Snowbird (Rehearsal + take 1)
I Was Born About Ten Thousand Years Ago (Master) 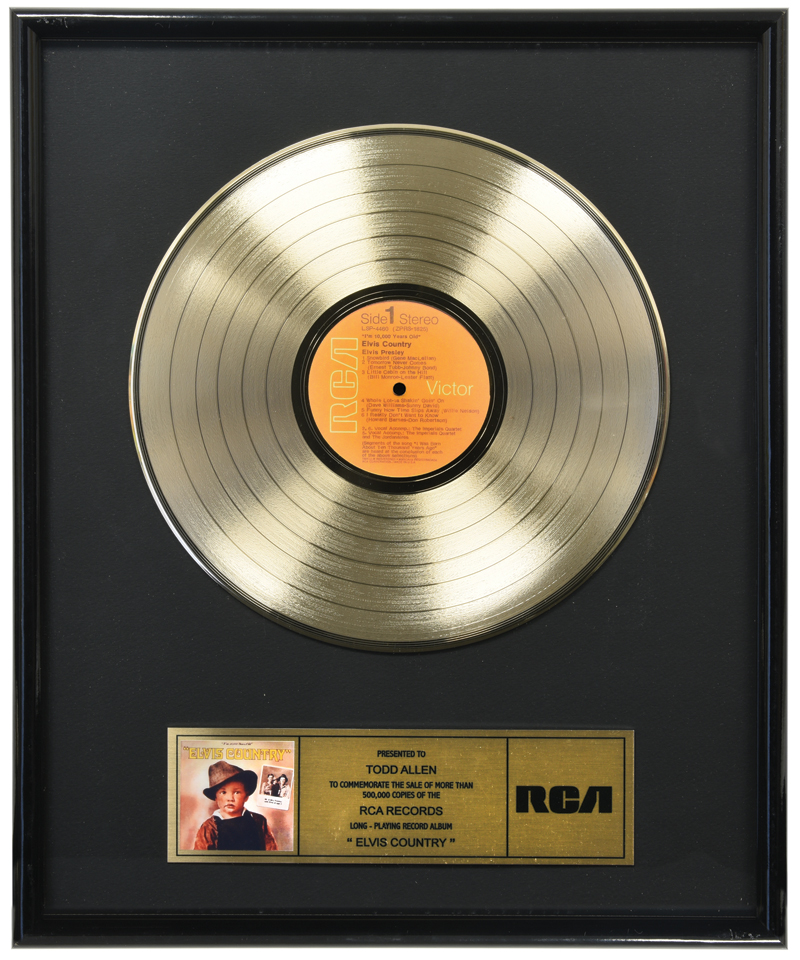