All the way to Memphis

Stop me if you’ve heard this one before: five months later we broke even. The anticipated flood of orders was a brook that barely babbled. The third week before Christmas ended and I thought, “We’re sure going to get hit hard next week.” That next week ended and I thought, “We better get hit hard next week.” We were inventory rich and cash poor. What remained of the Elvis Mania did not visit us that Christmas. I wondered where it went? How could we have made such a major miscalculation? 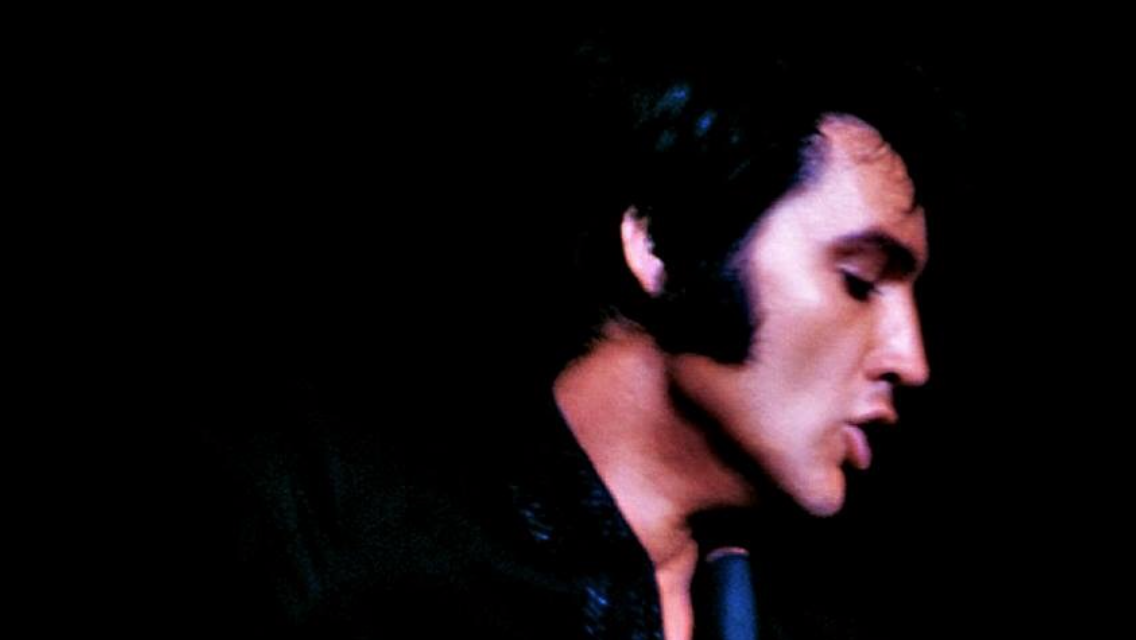 There was no time to lament; our next major venture was already planned. The Memphis Civic Center was hosting an Elvis birthday bash, and Paul had purchased a booth for us to display our wares. I filled orders until the day before we left, then spent half the night loading a truck Glen had borrowed from a friend. Glen and I headed east the morning of January 4; I took the first shift driving, the one that would take us into nightfall. Glen was fresher; it made more sense for him to drive after it got dark. We planned to drive straight through, the two of us taking turns napping in the truck. If this proved too tough on Glen, we would stop at a motel.

A few hundred miles rolled by and we were well into Arizona. It was the early part of the evening by now, our departure time having been mid–morning. Glen took the wheel and, for some unknown reason, I kept my seatbelt fastened as I tried to sleep. I was cramped, not really comfortable; the long hours spent staring at the bleakness of Arizona’s endless desert had me asleep in no time. Interstate 10 is one long, straight line through Arizona, New Mexico, and into Texas. As boring a sixteen–hundred mile stretch as you’ll ever encounter.

I had long ago mastered the trick of falling asleep quickly and waking immediately. I found myself dreaming I was bouncing all over the place, being tossed hither and yon, suddenly being pelted with sand and glass. This was all too real; I had a mouthful of sand, glass fragments everywhere. I was awake. The windshield was missing.

We were still facing east, but no longer moving. A few of the boxes behind us had spilled into the passenger and driver’s seat and partially filled the area between us. There were glass shards everywhere. Once–sealed cartons had burst open and we had Elvis bootlegs scattered all over the truck. Aside from some bent corners, the albums were unaffected by wear. “Where are we and what the heck happened?” I asked. Glen fell asleep, that’s what happened, but he wouldn’t admit it. He made some excuse about drifting onto the shoulder as he changed cassette tapes. It didn’t matter; we were not going anywhere for a while, not without a tow truck.

We got lucky. We got out of the truck, took a look around, and saw the Interstate ran parallel to a local road. A few hundred yards down a slope a marquee brightly beamed: MOTEL. It was a fair piece to walk, but all of it was downhill. We headed down there, got a shower and a good night’s sleep, and Glen’s friend arrived the next day with another truck. The three of us set off for Memphis—this time in a pickup—and I had a chance to survey what had occurred. We were fortunate, very fortunate. It could have been deadly.

Downhill was the key word. We had come to rest on the only flat spot between Interstate 10 and the road, a few hundred feet below. We had made a complete revolution and stopped. All around us was a twenty–degree slope; we had found the only flat spot for miles. That previous night, lights from the cars passing by not far above us reflected nicely off the sand and rocks and illuminated the way to the motel. The truck was parked in an area wide enough for two cars to fit side–by–side. It measured not more than sixty feet in length. Both sides of the truck and the roof had bounced off the rocky soil and we had come to rest right side up. It was the only place we could have landed and not continued rolling down the hill. Had we gone off the road anywhere else in this stretch we would have tumbled all the way to the bottom. Would we have survived? The load behind us was mostly records; fifty–count boxes that weighed thirty pounds each. We had loaded the LP’s first, some seventy boxes of them. Five hundred copies each, of our six Elvis bootlegs. That was twenty–one hundred pounds, just over a ton, that would have been fighting us for space had we continued on down that hill. Another fifteen revolutions were what I estimated the truck would have completed before the terrain smoothed and its progress was arrested. It could have been messy.

We filed a police report and contacted the insurance company before leaving. The rest of the trip was uneventful and uncomfortable. Three of us crammed into the front seat of a pickup meant we had to stop frequently just to get out and stretch. The bridge into Memphis was one of the prettiest sights I ever saw. We found the Civic Center, met up with Paul (I had called him and he knew all about the accident), and got the booth all set up. We settled back to wait for the throng of fans who would soon line up to buy our albums. We’re still waiting. We sat there amazed as people crowded three deep at Bob Heis’ giant photo display. Bob had built a triptych, some eight feet tall, with photos from scores of Elvis concerts neatly arranged. They were available individually or in sets; they sold as furiously as the jewelry had sold for us in Milpitas. Bob had three people helping him and they were in constant motion. There was plenty of room in front of our booth, and on both sides. We might as well have been selling air conditioners in Anchorage.

I had never met Bob in person before, just talked with him on the phone. He bought five or ten of each of our albums for regular customers that lived near his home. I walked over, introduced myself, and we chatted for a bit. Bob was gregarious, always smiling (who wouldn’t be with the volume of business he was doing?), and confidently in control of the chaos that surrounded his booth. It turned out Bob had a surprise for me, a special present. He had gone to a foundry and ordered three life–size bronze busts of Elvis. Solid bronze, not some cheapo, hollowed–out kitsch. One was Bob’s, one was his gift to me, and the other sat on a table in the back of his booth with a $1,000 price tag. I was flabbergasted, what a darn nice thing to do. Bob was a class act; turned out he was no slouch in the acting department either.

Bob asked if I wanted to take mine with me now. I walked over, hefted the darn thing, and found it weighed close to fifty pounds! I said I’d be back later to pick it up. I walked back to our booth, told Paul about the bust, and that’s when we had an idea: I went back over to Bob’s booth a short while later with a fistful of dollars. Ten of them, all hundreds. I stood at the back of the crowd and held my hand high, waving the bills and shouting, “Sir, Sir!” Bob looked up, didn’t miss a beat, and said, “Can I help you, sir?” “Yes,” I said breathlessly, “I’d like to buy that Elvis bust. Is it still for sale?” Bob said, “Let the man through.” I elbowed and squeezed my way to the counter, thrust the stack of hundreds into Bob’s hand, he handed over the bust, and I staggered away, looking slightly crazed, and muttering, “Thank you! Thank you!” I went out the door and lugged this gigantic doorstop to the truck.

When I returned, Paul told me about the buzz Bob and I had created. Word spread throughout the auditorium immediately; everyone was talking about the fellow who had just spent a thousand dollars for a bust of Elvis and then vanished. All eyes must have been focused on the bust. I changed shirts before I came back inside, that was all. No one came up to me and said, “You’re the one…” We laughed about that for a couple hours and then Bob stopped by. He handed me back my money and said, “Thanks, I sold the other one twenty minutes later.”

The next day another story was frantically whispered through the hall: Tom Parker had just arrived and was walking around the floor surveying the wares. We threw blankets and sheets over everything and quickly made our way to the side of the auditorium, through some curtains, and stood “backstage” waiting for him to leave.

As we hid, we spent the time putting final touches on our next album. We wanted something that would show reverence and respect, something classy. Paul came up with the title, “Command Performance”, and then one of us had a thought: why not attach a fancy invitation with embossed lettering, like the one used to announce a wedding? It would open up to reveal a classic 1955 shot of Elvis with the track listing just below. It would make a nice touch. 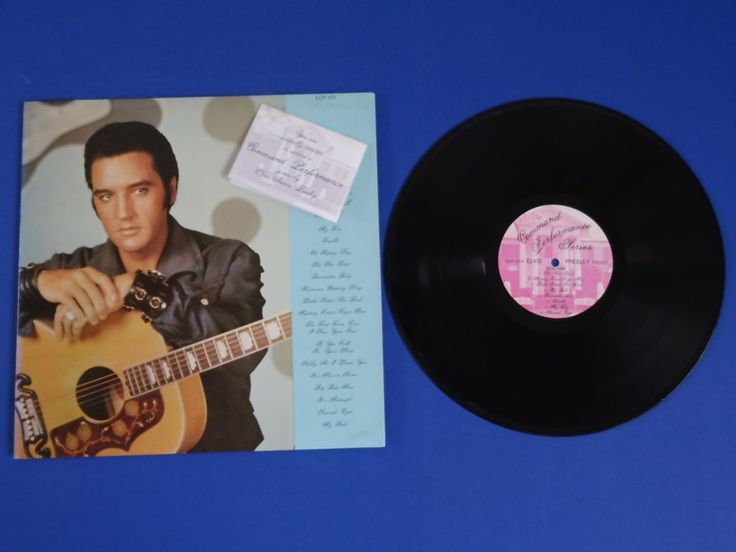 Finally, Parker left. To our consternation, we quickly discovered he walked the same way we did. He stood not more than a dozen feet away, talking with someone, presumably about future Elvis marketing schemes. And there we were, laying the foundation for our next Elvis bootleg. Surprisingly, Parker was decked out in a three–piece suit, a marked contrast to the baseball cap he wore to Elvis’ funeral. Perhaps someone tipped him to the fact that, now that his class act was gone, he needed to adopt some himself instead of playing the “rube” so familiar to all. We also discussed plans for “The Rockin’ Rebel” LP and decided that I would try and convince “Cary” that the Hawaii concert should be released. Gee, maybe we should have gone over to Parker, introduced ourselves, and offered to go partners.

We made it to Memphis on time; we made a few bucks. It was just enough to cover the repairs to the van that the insurance would not; barely enough left over to cover expenses. That was the last convention I ever attended.