Good help is hard to find

Before the sentencing, Clancy asked me for some names of people that would vouch for my character in case we needed to contact them. I gave him a couple, among them my good friend Glen Johnson who lived in Vancouver, Canada. Glen first visited us in 1977 while vacationing in Los Angeles. We had talked many times on the phone before then, but never met. It was a letter from Glen praising the Dorsey album that resulted in our becoming phone pals. I wanted to thank him for his kind words and found myself speaking with an intelligent, knowledgeable, and sincere fellow. Glen was on the list of people I called whenever we found something exciting over the years. I would play the latest discovery over the phone, prior to release, and all were grateful. It let a few select people know their support was appreciated. Of that list of a dozen or so, Glen is the only one I have kept in contact with to this day. He’s someone special, and it was he that Clancy called to ask questions about Paul and I and bootlegs in general. Glen immediately informed me of the call, Clancy never mentioned it, and said, “This guy doesn’t know a thing about Elvis or bootlegs. How is he going to defend you?” Truth was, he was done defending me; it was all over but the shouting. All that was left was to collect some positive statements from people attesting to my good character that would be given to the judge and, hopefully, resonate in my favor by lessening the punishment.

I didn’t pay much attention to Glen’s panicked intonations, despite his insistence. He wanted to send me a transcript so I could hear for myself what he was trying to impress up on me; I didn’t see what difference it would make. I thanked Glen but told him not to bother; I was stuck with Clancy.

If Glen had sent a transcript, I now know I would NOT have gone into court for sentencing with Clancy at my side. I would have done everything I could to reverse my plea, citing incompetent representation as established by the phone conversation (I have since been informed I would have succeeded), and gone back to square one and pled “Not Guilty.” I would have demanded my money back. Would I have gotten it? As sure as a drug–dealer’s gun is loaded. It might have taken some convincing, but it would have been the smartest thing for Clancy to do. How do I know? Glen, fortunately, has a great memory. Also, this is the kind of thing that stays with you; memories like this fade slower than a tattoo with your ex–wife’s name. Here is the conversation that took place between he and Clancy, AFTER I had pled guilty according to Clancy’s best advice, AFTER I was sure that the man had done all he could do to figure a way out of things for me, and just two weeks BEFORE I was sentenced. 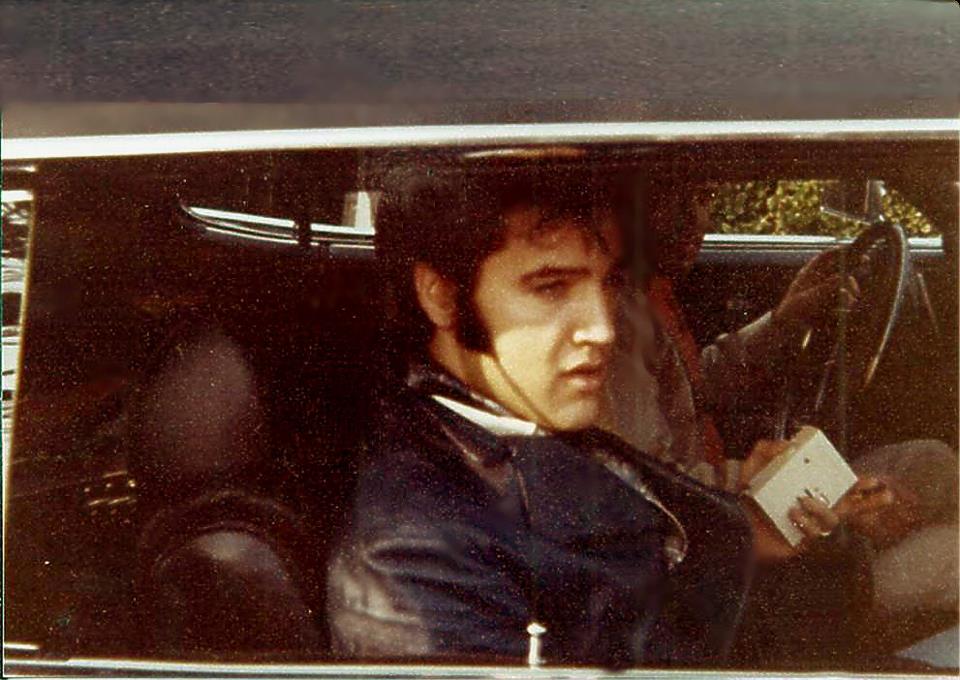 CLANCY: Hello, Glen. This is Clancy Wilson. I’m calling from San Diego as counsel representing Mr. William Theaker. He passed your name along and said you’d be willing to provide some background information on the situation.

CLANCY: Now, as I understand it, this has to do with “bootlegging” phonograph records. Is that correct?

GLEN: And a few others.

GLEN: No, not that one. He put out songs that had never been on Elvis records before.

CLANCY: And he’s not allowed to do that…?

GLEN: Because RCA owns the rights to all of Elvis’ music.

CLANCY: Let me write this down. RCA Victor… Okay. So then what? Are you saying he made counterfeit records?

GLEN: No. That’s when you copy a legitimate album and pass it off as the real thing. Have you ever BOUGHT an Elvis Presley record?

CLANCY: Actually, I’m more into classical. But I’ve definitely heard of him. Him and his manager…whatishisname?

GLEN: What Sam did was find previously unreleased songs…

CLANCY: Why didn’t they have them?

GLEN: Cuz they’d gotten too rich and lazy to bother looking. RCA is famous for its complete disregard for Elvis and his fans. In fact, he’d been dead almost two years and they still haven’t got around to releasing any previously unknown material. They may never do it. The only historical record of these performances may well be the records Sam has made.

GLEN: So Sam has done it for them. Eventually, if they ever do see the light, I wouldn’t be surprised if they even start packaging some of their albums just like Sam does, with false starts, talking between songs…

GLEN: You know, they’d be recording a song, Elvis or somebody would make a mistake, and they’d have to stop and start over.

CLANCY: I see. So, Mr. Theaker made these ‘bootlegs,’ as they’re called, and sold them?

CLANCY: How many did he make?

GLEN: He’d made fourteen before the FBI showed up in his living room. He still had material left to make more, and when nothing happened he put out that material. He wound up making twenty-three Elvis bootlegs. Three of them were double albums. One a four–LP box set.

CLANCY: He made twenty-three records?

CLANCY: That doesn’t sound like enough for the FBI to get all worked up about.

GLEN: No, he made twenty-three albums of previously unreleased songs and performances. He’d press five hundred or a thousand of each title and sell them by mail for eight or ten dollars each. They had liner notes, full color covers, banded cuts, true mono or stereo. They were labors of love, light years beyond the crap RCA is putting out.

CLANCY: Well, this has been very interesting, Glen. Thank you very much for your time. 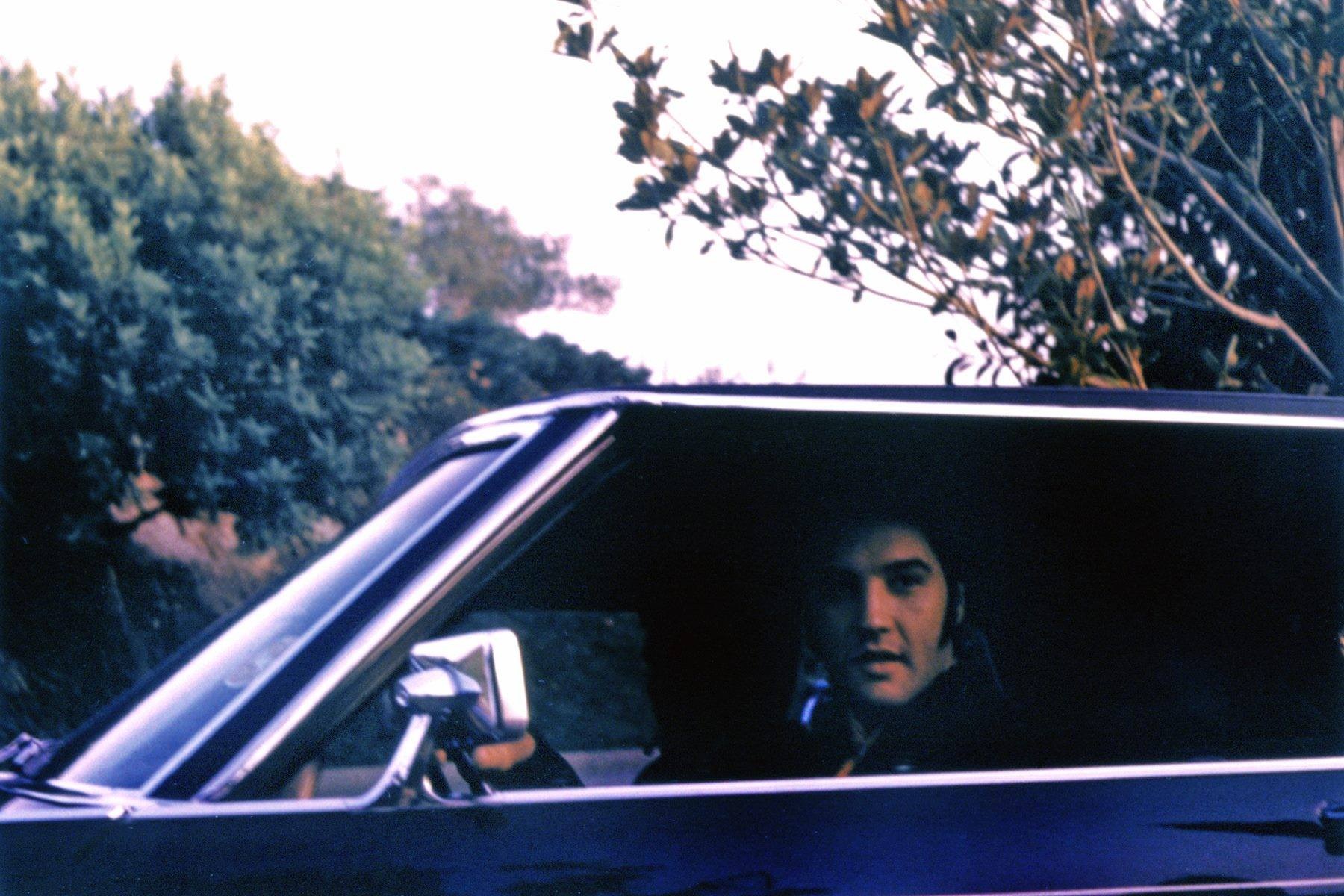 Seconds later, Glen was on the phone to me in a panic. He was convinced that Clancy was a disaster; he wanted to a new lawyer. Perhaps I would think about things and do just that.

GLEN: Sam, I just got off the phone with your lawyer.

GLEN: GET ANOTHER LAWYER!

GLEN: The guy’s a BUM. He doesn’t know ANYTHING!! About the music business, Elvis, ANYTHING!!

GLEN: SAMMY! BABY! LISTEN TO ME. The guy is USELESS!!

SAM: He’s supposed to be a very good lawyer; he comes highly recommended.

GLEN: Then plead insanity. Cuz you’re gonna be the first guy who ever got the chair for making bootlegs.

SAM: Of course. My house in Glendale.

GLEN: Right. And I met Vicki and the kids, and after dinner I took you aside and said the most incredible thing I’ve ever said to anybody, especially someone I’d just met.

GLEN: I still can’t believe I had the nerve, but as your friend I felt you just HAD to know! I said, “Please don’t be mad at me for what I am about to say.” I pointed at Vicki in the kitchen, with her back to us. “That lady is leaving.” You said, “What? What do you mean?” “I mean she’s through. She’s finished. Left the building. It’s in her responses, her expression, her body language, her whole being. She’s leaving. I’d bet my life on it.

And you said, “Naw, she’s okay. You don’t know her like I do. Really. I appreciate your trying to warn me, but everything’s fine.”

And NOW I’m trying to warn you again. You got Barney Fife for a lawyer, and once again nothing I say will convince you.

Naturally, Vicki took the kids back to Philly a couple years later. I was left, Glen was right, and she was gone (good idea for a song).

And here he was again, trying to keep me off Death Row and I wasn’t listening. (It’s since occurred to me that, for the last few years, Glen has been trying to convince me to come back to church. He keeps saying things like, “Sam, there is a God!!” But, am I listening? Hell, why should I? It’s not as if he was right the last two times…)

It’s hard to find good help, even harder to find a good lawyer. I did the crime and did the time and lived to tell about it. I’ve stayed out here in the Wild, Wild West, where it’s warm nearly every day. I travel back east two or three times a year to see my children and grandchildren and give them sound advice. I should probably let Glen do that.