That wasn’t what I wanted to hear. Since that second letter informing us that Cuba Gooding was under exclusive contract to RCA, we had not heard a peep. We hoped RCA didn’t care about us; we even wondered if they were just following our records to get some ideas about what to put out themselves. One thing for sure, with the lame releases RCA had issued after Elvis’ death, they definitely needed some guidance.

En garde! Before going home, I called Bill Hertz to get some legal advice. I knew I shouldn’t say a thing; I wanted to know the best way to convey that without angering anyone. I’d known Bill for almost three years now: I picked his name out of the phone book because he was located nearby; this was back when we were wondering if there was some way to release the Dorsey album legally. He got creditors off my back and settled accounts for ten cents on the dollar when I stopped paying bills and started making bootlegs. He was sharp, not afraid to give advice about something shaky like our planned enterprise, and I respected his opinion. Bill said, “Go and see them right away. Don’t admit to a thing. Try to find out just what they plan on charging you with, if anything. This could be a fishing expedition; if they were going to arrest you they would have been there early in the morning before you left the house. Call me as soon as they leave and we’ll take it from there.” I thanked Bill and drove straight home. Fifteen minutes later, less than half an hour after talking with Vicki, I parked alongside our house, gave myself a quick pep talk, and walked through the door. This was not, I thought, an eschatological event. This was more like a wake–up call.

“Cheap suits.” was my first thought. They were dressed alike in dark blue two–piece suits that looked like they came off the rack at Sears®; solid maroon ties, and the obligatory wing tips. I hated those shoes; couldn’t stand them when I was a kid and never wore a pair in my life. Then, I never set foot in the corporate world; the establishment and I went our separate ways. I smiled, said hello, and walked over to shake hands with them as they introduced themselves. “Might as well act like we’re friends here.” was what went through my mind. It was my house, they hadn’t reached for any handcuffs or started to read me my rights, it looked like Bill called it perfectly.

When they said their names I almost laughed. One I immediately forgot; the other I’ll remember always: Jack Armstrong. If he had paused for a second and then said, “All–American Boy” I wouldn’t have blinked. With a name like that, this was the role he was born to play. They each tacked on, “Special Agent” and how I wish that it had been written and I had read the wonderful line in a Robert Crais book: When Elvis Cole (of all the names), self–admitted “world’s greatest detective,” was confronted by a pair of Hoover’s minions who made their “Special Agent” designation sound like something that demanded obeisance, his retort was, “Hey, Are all you guys special agents? Aren’t there any, like, ordinary agents?” Would I have had the guts to say that? Do now, did then; if you can’t laugh your way through life then the next stop is where you need to get off. Sorry you missed the last one. 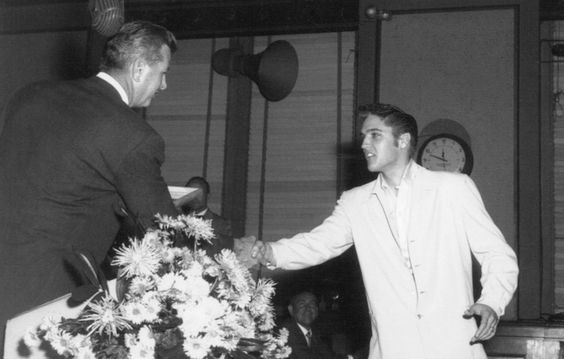 We were all standing in the living room; I suggested we go sit at the kitchen table where we could both take notes on whatever they wanted to talk about. I went into the den (my office), grabbed a pen and a legal pad, and we all adjourned to our breakfast nook. Vicki offered coffee, which they declined. They then informed me, “We have knowledge that you have been manufacturing illegal bootleg records of Elvis Presley and selling them under the name Vic Colonna. This is in violation of the United States Copyright Act, U.S. Code blah, blah, blah.” That said, they then asked me if I’d like to make a statement. I replied, “Would you mind if I asked you a couple questions?” They didn’t say yes or no; they sort of nodded. I thought to myself, “Let the games begin.”

My opinion of civil servants has always been that 99% aren’t competitive enough to last ten minutes in the private sector. The other one percent are just plain lazy. The bureaucracy offers security and monotony for those without ambition. The perfect day for a government employee would go something like this: arrive at eight o’clock, exactly on time, to find a clean desk with nothing pending. The morning passes without a single phone call, verbal inquiry, or written message interfering with the act of staring at the clock. No mail arrives, the lunch hour is bland food in a cinder–block walled basement cafeteria, and the afternoon ticks by with nothing interrupting the digestive process. The clock strikes five, coat and hat are snatched off the hook, and the satisfaction of a job well done surrounds our departing hero like an aura as the elevator descends. Who could ask for more? Lots of people, ones who like mental stimulation; but there is no shortage of scarecrows to fill the myriad of government positions where stasis is sacred and lateral movement is progressive.

The first thing I asked was, “Would you mind telling me just who has accused me of these things? It sounds to me like someone doesn’t like me and is trying to get me in trouble.” They couldn’t tell me that; they also refused to give me a geographic area where my antagonist lived. I said, “Knowing where this person lives might help clear up any misunderstanding. I have a mail–order business; I’m thinking some unhappy customer that received a defective item might have an ax to grind.”

I was writing down every question I asked, along with their response. That helped slow things down and give me time to think. It also kept me from having to look at them; my eyes never left the page in front of me as I scribbled away. My next tack was an attempt to see if they really knew anything other than that I was selling these albums. That didn’t seem to be any reason for ballyhoo; lots of people were doing that. “I sell a number of records that are imported from overseas. Just what records are you talking about and where are they made?” I didn’t hear any answer and began to doubt they knew much of anything. If they knew records were being manufactured just a few miles away in Burbank, it seemed they would be a bit sterner. So far, they hadn’t acted at all gruff or threatening. Maybe they thought that the mere presence of the FBI in my house would make me break down, confess all, and beg for mercy.

My hero, since I was eighteen, was Fast Eddie Felson. That’s the character Paul Newman played in “The Hustler.” When it seems like Minnesota Fats has the match all sewn up and is trying to irritate him with smart remarks, Fast Eddie turns to Fats and says, “I don’t rattle.” And I didn’t. This pair could have shown me pictures of myself carrying records out of Waddell’s and loading them into my station wagon and I would have asked, “Who’s that in the picture?” I could play the game all day long and never tire. Just like Fast Eddie. I decided to see if I could get some information from them. I asked, “Could you name some of the albums that you say I am making illegally?” Jack nodded at his partner who brought a paper out of his pocket, unfolded it, and said, “Elvis Presley Dorsey Shows.” I wrote that down. I kept writing down every word any of us said. I asked him to name another, and another and was rewarded with, “From the Waist Up” and “Command Performance.” When I wondered aloud if that was all, I heard, “The Legend Lives On.” I wrote it down, looked up, stared him straight in the face and said, “’The Legend Lives On,’ is that an Elvis Presley album?” I even managed to keep a straight face when I said it. How, I wonder.

They had some questions also. They wanted to know the make and year of the cars we owned and the vehicle identification numbers. I gave them that, going out to the street to fetch the registrations from my 1973 Ford station wagon and Vicki’s 1978 Pontiac Formula coupe. The process dragged on for about forty-five minutes; most of that was spent with me asking questions and writing them down, and them not answering. When it was apparent nothing more was forthcoming from either of us they put on their hats and said, “You will be indicted in two weeks.” They picked up the half–filled sheet of paper with our auto information, social security numbers, and birth dates and headed to the door. I folded the eight pages of notes I had taken and called Bill Hertz as soon as they left. 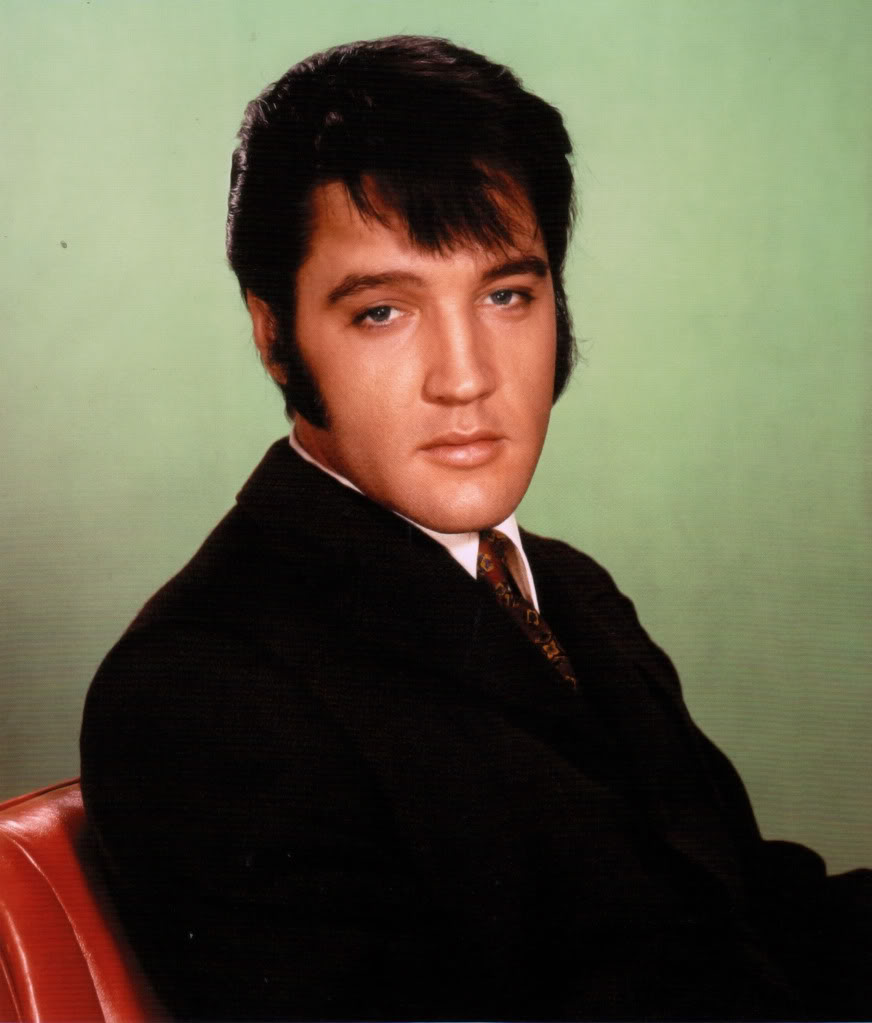 I felt pretty good; their parting shot seemed more like a face–saving remark than a real threat. Bill said that since tomorrow was July 4, we would have to wait until Friday to meet. He would take me out to Beverly Hills to see a lawyer who was well–versed with Federal Criminal Court procedure. Bill wasn’t licensed to practice outside of the California Court System; I needed a specialist. I went to a pay phone and called Paul, told him all about it, mostly by reading from my notes, and found out that no one had been by to see him. I drove over to Waddell’s, taking a very roundabout route to make sure I wasn’t being followed, and learned that they had not been bothered by anyone. Horace and Bud didn’t rattle either; they just made records that customers ordered. It wasn’t their job to check and see if rights had been properly obtained for every record they manufactured.

The next day was J.R.’s annual Independence Day bash. At the softball game that morning I met Kurt Russell. During the game, in my first at bat, I hit the ball as hard as I ever hit one in my life. J.R. was playing shortstop; the ball hit him right in the glove before I could even take a step toward first base. Crack! Smack! That fast. It drew a chorus of “oohs” from the crowd on the sidelines. Later, I thought, “I hope that wasn’t any portent of things to come. Were our efforts at giving Elvis fans what they deserved doomed? Would we ever make another record?”

I put those thoughts out of my mind and enjoyed the festivities. We went back to J.R.’s and I mentioned to him what had taken place. He said, “If there is anything you need, anything, be sure and let me know.” That was nice, but little comfort. I wondered if we really would be indicted soon. I’d know before long; if we were I really didn’t care. I had no regrets: We’d made friends all over the world in the past three and one–half years; we’d brought joy into thousands of homes. If this was another case of, “No good deed shall go unpunished,” so be it. Had I been offered a contract, in 1975, to do what we had done these last four years, and with it came the caveat: “And then you will have to spend time in jail,” my answer would have been, “Where do I sign?”