My baby shot me down. Vicki took the kids back east on December 29. It was not a Happy New Year for me; it was for Elvis fans. The “Million Dollar Quartet” LP was our “shot heard ‘round the world.” We’d kept this one under wraps; there was none of the usual calling our list of friends and playing it for them. We wanted a bombshell and we got it. A spate of letters unlike that for any other album poured in; the writers were not only overjoyed, they were appreciative. Vic had done the impossible; he gave fans something long shrouded in mystery; a part of the Elvis Folklore.

That was it, and not a bad exit line. My mind was filled with thoughts of Vicki and the children; it was impossible to concentrate on anything else. I told Paul that Robert would ship the inventory to him; orders would be collected from the different P.O. boxes and sent twice weekly. Robert could pay himself by cashing the money orders that came in from orders sent C.O.D. It was not very complicated; the business would still run as efficiently as ever. The difference being, no more bootlegs.

We had a great run, went way past what we imagined when we started out. Ben Franklin said, “Energy and persistence conquer all things.” We conquered the Elvis World, no doubt about that. We even made a foray into the lives of the rich and famous: among our buyers were Mick Fleetwood, Anita Bryant (Paul received a letter thanking him for the albums along with a signed publicity photo of Anita on a ladder picking oranges, the familiar shot present in commercials for Florida orange juice during that time), Eddie Murphy (via a friend in New Jersey), and John Wilkinson (Elvis’ bass player). Doubtless, there were others that we did not know about. The timing was right; it was about here that RCA finally started dribbling out material to the fans that approximated what we had been releasing the last few years. It would take them a couple decades, Nipper would have a new master, but the fans eventually enjoyed what was denied them for so long.

Some day I would be able to tell my children and grandchildren what we had done: we’d left a legacy. My grandfather, Sam Theaker, did that. He designed, at the turn of the twentieth century, all the equipment that would be used by New Departure, a division of General Motors, to make ball bearings for the next fifty years. His machines were part of the vast war apparatus that led to victory in 1945. Vicki’s father, Angelo Colonna, came to this country in 1930. An Italian immigrant with a second–grade education, he had a knack for inventing. His designs were used in all stainless steel kitchen and bathroom fixtures found in trains and planes in the ‘30s and ‘40s. However, he went that one better. He was the first in the world to successfully patent a method for freeze–drying blood plasma in 1938. The patent was sold to Smith, Kline & French; it is credited with saving hundreds of thousands of lives in WWII. That’s a legacy!

We couldn’t approximate the heady results of our forefathers, but we did all right. We hadn’t planned to stop here; we weren’t ready to rest on our laurels, that’s just the way it turned out. I spent the next couple months packing everything and shipped fifty large boxes back to Vicki. Then I loaded a twenty-four foot U–Haul with the rest of our possessions and headed east. I left behind a bed, night table, and television; the things we owned weren’t mine, they belonged to Vicki and the kids. 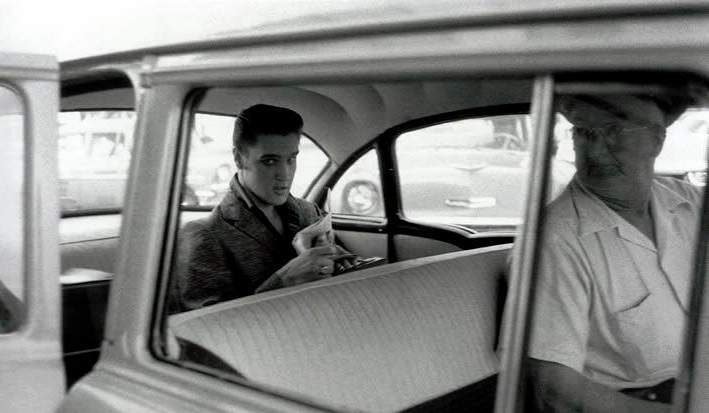 Reconciliation attempts proved futile; Vicki wanted a divorce. I hung around for a few weeks and then drove back to California. I’d sell the house, split the proceeds with Vicki, and decide what to do next.

It was here that Vicki, probably with her attorney’s urging, got difficult. I didn’t get a lawyer; I got advice from Bill and “The Bulb” and talked to her attorney myself. That drove him nuts; he wanted to speak with another attorney. He informed me that Vicki wanted $50,000 to sign a quit–claim deed; we had slightly more than that as equity in our home. I called him the next day and told him, “I haven’t paid the mortgage in two months. After ninety days the bank will start foreclosure proceedings; after 120 days they will take over. The house will be sold to the highest bidder and there will be nothing left for us. Before that happens, I plan to remodel. I will buy a sledgehammer and take out all the interior walls and then start on the exterior. Whoever buys the house will get a pile of rubble on a nice corner lot. It’s my house and I can do what I want to it as long as I own it. The city can fine me later for not having the necessary permits.” Vicki agreed to take half the next day.

We played games like that for a few months, and then settled into a routine that lasted until the children grew up. I went back to see them two or three times a year and they spent summers with me. I bought a record store, The Turning Point (the first store to carry our records), and poured all my energies into making that successful. In the first twenty-two months I quadrupled the gross and increased the net to ten times what it was when I took over. Being busy again was a blessing; I’d spent too long feeling sorry for myself.

Robert was gainfully employed again; Glen and Linda were the losers in all this. Not only did they lose their extra source of income, gone were the three or four meals a week at fancy restaurants; no more all–expenses paid trips to Vegas every year. I treated them like family; they worked hard for me and deserved it. A year after I purchased the store I contacted Linda, she worked at Warner Brothers, and we all met for lunch. It was a pleasant reunion, we chatted about old times. Linda set me up with a pass to get onto the lot and purchase records at the company store. That let me offer new releases cheaper than anyone else. However, the quantity I wanted didn’t quite jibe with what an employee would purchase and that was short–lived.

I met with “The Bulb” monthly, paying for dinners at posh restaurants in Beverly Hills and pouring my heart out about how things were going with Vicki and I. He listened, ate heartily, and did his best to make me feel better. Paul gave Ger Rijff the tapes we planned to turn into our next LPs and the bootlegs were released in Holland. The days of Elvis were gone; the store was thriving. It was almost two years since Vicki left; I still couldn’t get used to it.

I came back to the store December 9, 1982, the station wagon filled to bursting with records purchased at a post office auction. “All–American Boy” and company just missed me. They had arrested Paul earlier that day. That it was Patrick’s birthday was no coincidence; the feds are petty and vindictive. I contacted Bill, “The Bulb” was out, and he arranged with the U.S. Attorney for me to surrender myself the next day. We arrived at the Federal Courthouse early the next morning; Bill waited for the prosecutor, talked with him for a moment, and then called me over. I never shook hands with a trout before; I checked my hand for scales and slime and surreptitiously wiped it on the back of my pants. I was arraigned, a date was set for a preliminary hearing, and I spent the next day talking with “The Bulb” about what we would do. He didn’t have much to offer, he just muttered about researching the case and threw in some lawyerly jargon to obfuscate. I didn’t feel optimistic. He also threw me a curve; he wanted another four thousand just for the preliminary hearing. “What about the money we gave you?” “That’s all been used up.” “How?” “All those lunches we’ve been having for the past two years have been billable time, certainly you knew that.” Okay, that’s what friends are for. I mistook business for friendship. I managed to scrape together the money from store profits in the intervening weeks, handed over the cash before we went into the courthouse, and watched “The Bulb” do absolutely nothing. Not a thing. He asked no questions, made no objections, offered nothing in the way of encouragement.

I talked things over with brother Stephen; he went to work and found a fellow in San Diego that was a former federal prosecutor and was highly recommended. I fired Bernstein and hired Clancy Wilson. Clancy cost $20,000 and I was dead broke. The store limped along for a few weeks and things slowly righted themselves. Clancy jumped right in and made me feel I finally had decent representation. He met with the prosecutor, entered motions for “discovery,” and I felt as if I were in capable hands at last.

The scariest moment in all of this happened just after the arraignment. Bail was set at $50,000. Where was I going to get that kind of money? I could get my parents to pledge their house; this was Federal Court and property from anywhere in the country would serve as collateral, but that would take some time. I called Eddie, he’d made a killing in silver, but he said he didn’t have any liquid funds. I could get a loan against the store, but that would take weeks. I resigned myself to spending some time in jail until the bail could be posted.

Paul and I became somewhat famous outside the Elvis World; Billboard had a big article the following week about the arrest and arraignment. The voice of the recording industry played this up as something monumental. Their reporting was fair and accurate, but the undertone indicated that we were the villains that had finally been tracked down and brought to justice. I was hoping that Paul or I would be contacted; I would have like to see our side of the story in print. That didn’t happen; I regret not contacting them. My lawyer surely would have nixed the idea, but I could have said some things that made us look less like desperados.

I wasn’t eager to talk about things; aside from informing Vicki and my family there really wasn’t anyone I wanted to share this with. I spent the day after the arraignment in the store, made the necessary calls, and moped around the rest of the time. The day passed slowly, I was out of ideas, I was going to jail. At times like these you find out who your real friends are; there was someone I had overlooked.